Abstract:  In Tolkāppiyam, solitary male mammals of the forest are listed in sūtra, Tol. marapiyal 37. Solitaires, called "oruttal", are those of deer, tiger, blackbuck, Nilgai antelope and gaur-buffalo roaming the forest alone in their peak of adolescence. In addition, crocodiles are included. For the wild bison (Gauṛ) and domestic buffalo, Tolkāppiyam gives the name, "kavari". Ancient Indians named Tibetan yak also as "kavari" because of its resemblances with Gauṛ bison. Sangam texts such as Puṟanāṉūṟu and Patiṟṟuppattu mention kavari, the Tibetan yak as well as aṉṉam, which are migratory geese superbirds crossing the mighty Himalayas twice annually to reach South India and return. Tirukkuṟaḷ 969 states that just as yak will die in the frigid weather of the Himalayas if it loses the thick fur coat, people will not survive if they lose honor in Life. Indologists remark that kavari 'yak' and related camari 'yak's tail, used as fan' do not have a clear etymology yet. This paper proposes a Dravidian source for these words derivable from kōṭu and its transformed form, kavaṭi (DEDR 1325 and 2200). Both kōṭu and kavaṭi have meanings, such as the branch of a tree, forked junction and horns of the cattle. Tribal people speaking non-literary Dravidian languages still wear the horns of the wild buffalo, and in ancient Indus Valley, deities are depicted with these horns. Several parallel examples are given to illustrate the transformation from -ṭ- into –r- as occurred in kavaṭi > kavari. Finally, Gaurī, female Gauṛa bison in Rgveda and wife of Varuṇa, is shown to be from Dravidian kavaṭi. 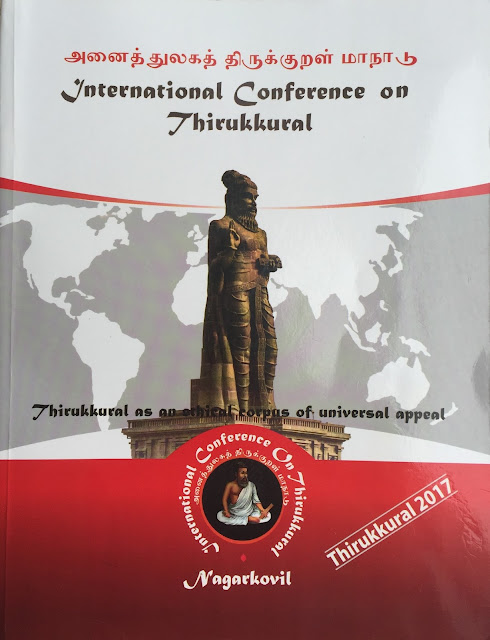 1.0  Classical Tamil Texts and North Indian Fauna
Ancient Sangam Tamil texts are well aware of North Indian places, their fauna and flora. They often mention the rivers like the mighty Ganges and Yamuna, and they also describe the lofty Himalayas. Mt. Potiyil, the abode of Avalokeśvara in Mahāyāna Buddhist texts, is mentioned. The Himalayas and Mt. Potiyil are paired together in one breath to state the Northern and Southern ends of India. The bar-headed geese and graylag geese coming to South India across the Himalayas during annual migrations are portrayed vividly in Sangam texts as aṉṉam. The ancient poets often wondered about them staying in the South only during winter, and never building nests or breeding in the South, but they go back to the Himalayas to lay their eggs and raise their chicks only to return the following year. Taking the case of crocodiles, five important words (ghaṛiyāl, kumbhīra, makara, nakar and viṭaṅkar) for crocodiles in the Northern rivers, Indus and Ganges, are shown to be of Dravidian origin. The river, Yamunā’s name seems to be derived from yāmai ‘turtle’ which is the symbol of that river, while Gharial crocodile, variously called as viṭaṅkar/nakar/ghaṛiyāl is the symbol of the Ganges river.
Prof. Asko Parpola has derived both ghaṛiyāl and kumbhīra, the names of Gharial crocodile in Sanskrit and Hindi, from Dravidian [1]. In Eastern Indian languages such as Bengali, Bihari, and Nepali, the name, nakar (Cf. Tamil nakkar) is used for the gharial (pg. 417-418, [2]). Representations of makara in early Indian art matches with the form of crocodiles very closely. The marsh crocodile (Crocodylus palustris) lives throughout the Indian subcontinent. The makara (> magara in Hindi) crocodile does ‘high-walk’ for short distances when it comes to the banks of rivers and lakes. This makara/magara marsh crocodile has four strong feet, and these are explicitly shown in the following Indus valley sign, and he connects the sign with Proto-Varuṇa: “In Taittirīya Āraṇyaka 2,19, the heavenly crocodile is called "the lord of all beings (bhūtānām adhipatir)", an appellation which further supports identification of this *kaṇ-kāṇi 'overseer' with the Harappan predecessor of Varuṇa.” Compare the Indus crocodile sign with the pictogrammatic Chinese reptile radical sign, 豸 and in Japanese, the "reptile radical" ashinakimushi hen. In English, the marsh crocodiles are called as “mugger” and dictionaries trace “mugger” ultimately to be of Dravidian origin. The most important words for 'crocodile' in South Asian languages have a Dravidian etymology. Austro-Asiatic, on the other hand, does not seem to have any relation to the terms for 'crocodile' used more widely in South Asia [3].

An entire decad of songs is in Tēvāram by Sundarar on the naked mendicant, Śiva enticing women. The commentators explain that this chapter in Tēvāram refers to the episode vividly portrayed in Liṅgapurāṇa.  V. M. Subramania Aiyar wrote: “This decade was composed as the words of those ladies who fell in love with the fascinating beauty of Civaṉ when he went begging and were afraid of coming into contact with his form; this idea is mentioned by Cuntarar himself in the last verse.” It is important to note that in each of the verses, Śiva is called Viṭaṅkar. Obviously, the Tamil term viṭaṅkar (cf. iṭaṅkar) cannot be split as vi+ṭaṅka 'one made without the use of the chisel', which is just a folk etymology to assign a pure Tamil word’s origin to Sanskrit. Like nīra ‘water’, nīla ‘blue color’ in all Indian languages from Dravidian, we have alternation of –l-/-r- in vār- “to pour, to flow down, a long belt” etc., as vāl/vālam ‘tail of birds, animals’. From the same root, with the loss of word-initial v-, āli- (< vāli-) is hailstones, rain drops. Some more examples of v- loss: indu/vindu ‘drop, seed’, iṭi/viṭuku ‘thunder’, āli/vāli ‘rain drops’, aḷai/vaḷai ‘hole’, iḻutu/viḻutu ‘fat, ghee’. Similarly, viṭaṅkar ‘gharial’ loses the v- and is attested as iṭaṅkar ‘gharial’ in Sangam texts. Note that iṭi, āli-, aḷai, iṭaṅkar are in Sangam but their root words viṭi (= viṭuku, Pallava royal title), vāli-, vaḷai, viṭaṅkar respectively are attested in post-Sangam period. The word, indu (< vindu) is attested even in Rgveda itself. Without considering these root words beginning with v-, it is impossible to explain the origin of these words in Sangam which is a rather small corpus. In old Tamil texts, viṭai refers to the virile male of animals - bovids, caprids, antelopes, elephants. It is a verbal noun from viṭai- 'to enlarge, to thicken, to stiffen up, to stand with pride’ (also viṟai-/viṭai-, cf. DEDR 5439) [4].

The white kavari/cavari from yak-cow hybrids of Nepal are highly valued in Indian temples. These hybrids themselves are called “cauri” in Nepal, and live in the transition zone between Tibetan yaks and Indian cattle. In Tamil, cavari/cauri/camari/cāmarai (< kavaṭi/kōṭu) is a braid, fillet of hair, plaited hair, bushy tail of the Tibetan yak used as false hair or set in decorated handle and used as a fly-flap or fan before an idol or a great personage. Cauri hybrids are comparable to gaur-cow hybrids seen in the sculptures of Indus Valley Civilization, and Sangam texts call these hybrids or gaur themselves as āmā ‘cow-like animal’. 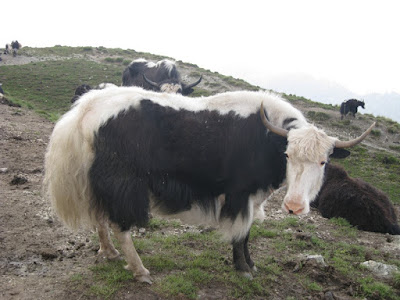 Figure 2. Cauri, yak-cow hybrid in Nepal
Tolkāppiyam grammar uses the mammal name, kavari, with interesting semantics. “pulvāy puli uḻai maraiyē kavari colliya karāmoṭu oruttal oṉṟum” (Tol. Poruḷ. Marapiyal). In this sūtra, the male solitary animals of spotted deer, tiger, blackbuck, Nilgai antelope, gaur-buffalo and crocodile have a name: oruttal. Later sutras mention another name for their males as ēṟu, and the females are called piṇai.
2.0  Significance of Kōṭu ‘horn’ of bison and buffalo in ancient India
The ancient Dravidian people thought of the buffalo, especially in the wild, and its cultural equivalent, the Indian gaur bison as ferocious and worthy of adulation. The Indus seals of Gharial crocodile as Master of Animals display two bisons interlocking their horns, thus providing an artificial crown of horns to the crocodile. 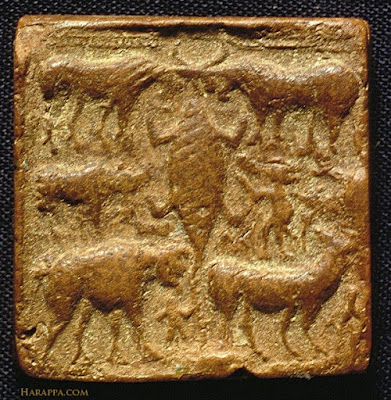 In another seal from Mohenjadaro, a little girl, wearing a ponytail and a skirt, is being thrown outwards by a powerful buffalo (R. Mackay, 1938) [5]. The same girl seems to be shown five times on a single seal from Banawali, with the intent to capture the ferociousness of battle and different stages in the war. Indus seals often depict divinities with buffalo horns. In historical times, a bison head is seated on the throne to denote Buddha, and in coins, it is shown as a royal symbol. Because of the high importance assigned to the horns of the wild buffalo and bisons in Dravidian cultures, these bovids get their name as kavari derivable directly from kōṭu ‘horn’. By similarity with the shape, size and color, Himalayan yaks are named as kavari in Tamil. It is noteworthy that the prominent dorsal shape of both Indian gaur bison and Himalayan yak are quite comparable. 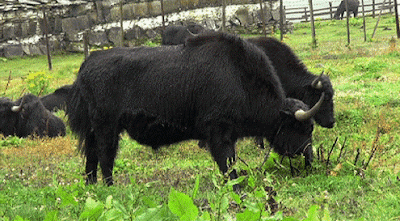